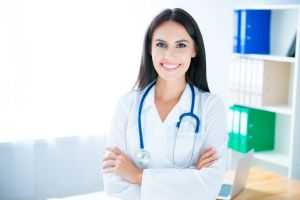 Breast cancer will affect one in eight women during their lifetime. Especially metastatic breast cancer has a low survival rate. In this article, we present a review of current research on the use of chitosan in breast cancer therapy and diagnostics.

Breast cancer (BC) is a neoplastic, frequent disease of women in developed or developing countries the high mortality rates mainly due to metastasis to the lung, brain or liver. One in eight women will be affected during their lifetime. BC is treated with drugs, e.g. in the form of chemotherapy, immunotherapy or hormone therapy, radiotherapy, surgery or a combination of these. However, no ideal method has yet been found. Drug therapy often has severe side effects, while surgery and radiotherapy have low specificity and high invasion. Overall, metastatic breast cancer has a low 5-year survival rate of about one quarter of affected women.

Great efforts are therefore being made to develop new therapies with fewer side effects and low invasion. Promising approaches are in nanomedicine e.g. drug delivery systems or nanoparticles to reduce tumor growth and metastasis. In this context, natural polymers such as chitosan are particularly interesting due to their good biocompatibility and biodegradability. Chitosan is in focus because it can be easily modified by its free amine groups and thus the macroscopic properties can be specifically changed. In the treatment of BC there are already some approaches how chitosan could improve therapies and diagnostics.

CHITOSAN FOR GENE AND DRUG CO-DELIVERY

CHITOSAN IN BC BIOIMAGING AND THERANOSTICS

Summary and Future Prospects: Overall, chitosan shows great potential in BC therapy and diagnostics, e.g., in nanoparticles for gene or drug delivery. However, only five of the 114 clinical trials on clinicaltrials.gov deal with chitosan in therapy against breast, lung or prostate cancer. Particularly inhomogeneous chitosan and problems with scale up complicate the development of therapeutics with chitosan. The authors of the review see promising approaches in the development of mucosal vaccines. Further potential for optimization would also lie in improving the physiochemical properties of chitosan. Link to article: https://pubmed.ncbi.nlm.nih.gov/34906606/