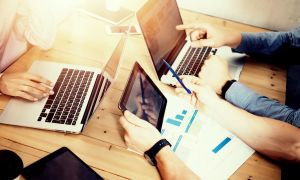 Chitin and Chitosan offer beneficial properties for wound dressing materials, like biocompatibility, biodegradability and haemostatic effects. The biopolymer source influences the properties, processing and associated impurities of the chitin. In this article, we want to present a review, which investigated the differences between crustaceans and fungi derived chitin and chitosan regarding wound healing.

Crab vs. Mushroom: A Review of Crustacean and Fungal Chitin in Wound Treatment.

The best possible treatment of wounds is a challenge in modern health care. Wound dressings are designed to improve healing by stopping the bleeding, absorbing excess wound fluid, keeping the wound moist and protecting it against environmental infections. Conventional dressing materials often cause irritation during prolonged use, which leads to problems in the treatment of chronic wounds such as severe burns, diabetic wounds and ulcers. Innovative, biocompatible wound care materials that actively support healing and have antibacterial and antifungal effects are therefore important.

The main sources of industrially available chitin are shells of crabs (25-30% chitin) and lobsters (16-23% chitin), a waste product of the fishing industry. An alternative source of chitin is mushroom, which contain a lower proportion of chitin (10-26% in complex with β-glucan). Both sources contain α chitin, in contrast to squid pen and tubeworms, which mainly contain β chitin. There are important differences between the chitin sources. Crustacean chitin has minimal residual protein, whereas fungal chitin is covalently linked to other polysaccharides like β glucan. The extraction process of chitin from crustacean or fungi is shown in the following figure. The end product is pure chitin from crustacean and a chitin- β-glucan complex from fungi. Production of chitosan is performed by deacetylation of chitin under alkaline conditions. Chitosan is soluble in aqueous acids, which makes it more versatile.

Wound healing is a complex mechanism with four steps: hemostasis, inflammation, proliferation and remodeling. Within this phases different cell types are involved in the process, which can be positively influenced by chitosan:

Wound dressings made of fungi-derived chitin and chitosan

The hemostatic effect of fungi was already known in ancient times. In 1970, Prudden et al. showed the positive effect of powdered mycelium of Phycomycetes mucor, Penicillium notatum, and Aspergillus niger on wound healing in rats. In the review, the influence of various chitins on the bursting strength of the wound was presented. Chitin from crabs and lobsters caused the greatest improvement of bursting strength. The efficacy of fungal chitin less good, but still better than with shrimp chitin. Studies in rats and guinea pigs examined a artificial skin material made of β-glucan and N-acetylglucosamine from Ganoderma tsugae, which resulted in a significant improvement in wound healing compared to conventional dressing material. This observation was also confirmed in clinical studies on humans.

In recent years, research on exopolysaccharides (EPS) has become increasingly important. In contrast to chitin, EPS are not part of the intercellular matrix or cell wall, they can be found on the cell surface or in the extracellular matrix. Studies have shown that EPS are also biocompatible and induce interleukin-8 production of fibroblasts, thus improving wound healing. In combination with chitin-β glucan, these results could lead to the development of promising wound materials and scaffolds.

Chitin and chitosan-based materials for wound treatment, which were investigated in human clinical trials and commercially available are HemCon, Chitohem, Celox, Axiostat and many more. Chitosan and chitosan derivatives are mainly used in wound dressings due to the insolubility of chitin in water and most organic solvents. Derivatization enables good solubility in water and the improvement of certain biological properties. One of the most used chitosan derivatives in wound healing is carboxymethyl chitosan (CMC). Four different substitution patterns are possible: N,O-CMC, O- CMC, N- CMC, N,N- CMC. Studies showed that N,O-CMC has improved antibacterial properties. The carboxymethyl groups also allows further functionalization of e.g. hydrogels. Research is also performed with combinations of chitosan with other biocompatible materials like natural polysaccharides, synthetic polymers or metal nanoparticles.

Conclusion: The use of chitin, chitosan and chitosan derivatives for wound treatment accelerates the healing of wounds and reduces scarring. Chitosan and chitosan derivatives from crustaceans are well researched and already applied for a wide range of wound dressings due to their purity and high yield. Fungi as a source of chitin, on the other hand, are much less well researched for wound treatment because of their lower chitin content. A major problem is also the covalent binding of chitin with β glucan. Further development is needed to exploit the potential of polysaccharides from fungi. Both sources of chitin and chitosan offer improvements in wound treatment and should be researched and applied more often in modern medicine.