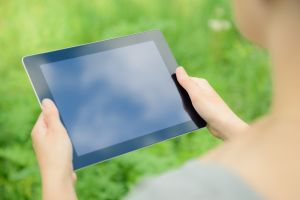 Just like humans, plants have an immune system that they use to fend off pathogens and pests. Chitosan oligosaccharides have the ability to improve plant resistance to pests and diseases by activating the plant's immune system. The effectiveness depends on the structure of the chitosan oligomers, as researchers from Münster found in a study.

The Pattern of Acetylation Defines the Priming Activity of Chitosan Tetramers

Chitosan is a linear polysaccharide, comprising β-1,4-linked D-glucosamine and N-acetyl-D-glucosamine residues. The degree of polymerization, acetylation and the position of acetyl groups can influence the biological activity of chitosan. The researchers produced chitosan oligomers with defined distributions of acetyl groups using chitosan hydrolases with different substrate and cleavage specificities, as well as monoacetylated tetramers. The applied enzymes are also involved in the biosynthesis of chitosan in fungi. The produced chitosan oligomers were tested for their bioactivity in rice cells.

Conclusion: The study shows that the immune system of plants can be stimulated by a very specific acetylation pattern of chitosan. The findings could be used to develop an immune stimulant for plants to reduce the use of chemical pesticides in agriculture.