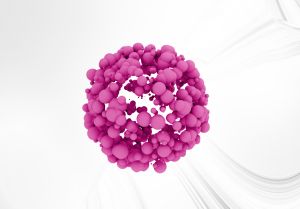 Chitosan and chitosan derivatives have different properties due to molecular parameters, such as degree of deacetylation and molecular weight. In this article, we present a paper that examined the effect of these parameters on the hemostatic effect of chitosan. Another topic is the long-term stability of chitosan hydrogels according to ICH guidelines.

Hemorrhea can be life-threatening for the patient in war, trauma car, or surgical procedures. The biopolymer chitosan has already been used in various forms for hemostasis in recent years. In the study, chitosans with different properties (degree of deacetylation, molecular weight, derivatives with different degrees of substitution) were prepared from chitin. The haemostatic effect of the chitosans prepared was compared on the basis of clotting time and a dynamic coagulation assay in vitro. The structure-activity relationship and the mechanism of chitosan hemostasis were investigated. The following chitosans were compared.

Conclusion: The authors showed that the molecular properties of produced chitosans and chitosan derivatives influence their hemostatic effects. How the structure of chitosan is related to its blood coagulation properties requires further research.

Comparison of Rheological, Drug Release, and Mucoadhesive Characteristics upon Storage between Hydrogels with Unmodified or Beta-Glycerophosphate-Crosslinked Chitosan.

Chitosan is used as an adjuvant for a wide range of pharmaceutical applications such as drug delivery, wound dressings, vaccines and scaffolds for tissue regeneration. A challenge for development of chitosan-based medical devices is the limited long-term stability. In order to increase the stability of chitosan systems, chemical crosslinking is usually performed. In the present study, long-term stability of beta-glycerophosphate-crosslinked chitosan hydrogels was investigated in comparison to unmodified chitosan hydrogels. Chitosan 80/500 (degree of deacetylation [%]/ viscosity of 1% chitosan solution in 1% acetic acid [mPa·s]) by HMC was used to prepare 3 and 4% chitosan hydrogels. The ratio of chitosan to acetic acid was 0.6:1.0. The following table gives an overview of the storage conditions and test intervals according to ICH guideline.

The chitosan hydrogels were tested for macroscopic appearance, pH and viscosity at indicated times. In addition, drug content, particles size and release in vitro as well as mechanical and mucoadhesive (ex vivo) properties of the gel were characterized.

Conclusion: The stability study compared unmodified and crosslinked chitosan hydrogels and showed the stabilizing effect of cross-linking under refrigerated conditions. Organoleptic and rheological behavior as well as hydrogel structure were preserved during storage of 3-month.